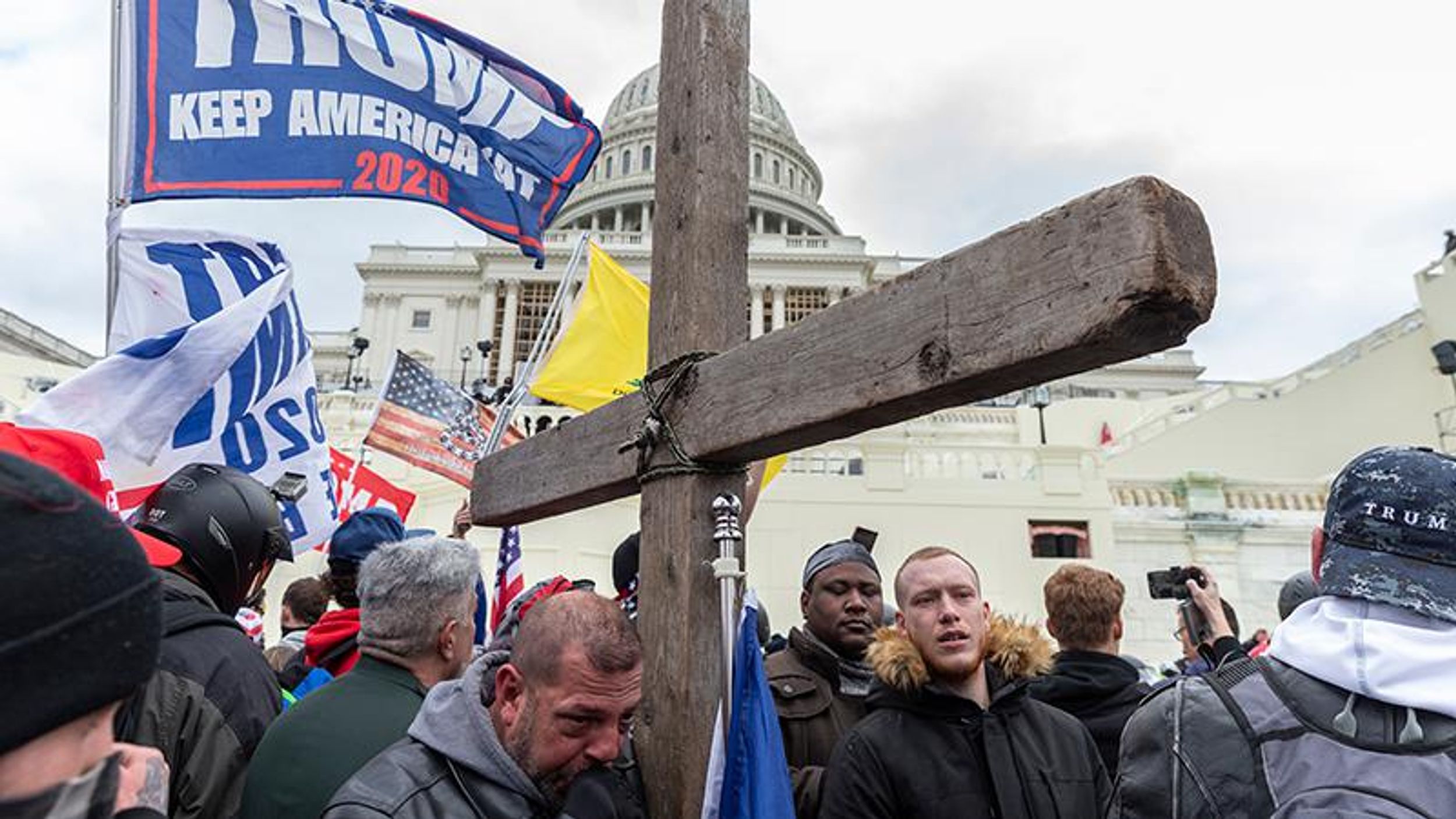 Christian nationalists helped put former President Donald Trump into power to pack the courts so that further restrictions can be imposed. That means criminalizing abortion, banning contraception, and taking away LGBTQ rights.

"Alito’s lip service in his draft opinion about returning these issues to the states and to the people is disingenuous," explained Seidel. "The court could have decided a case like this at virtually any time, but waited until after it had completely gutted the Voting Rights Act in Shelby County (2013) and Brnovich (2020) and after it had upheld partisan gerrymandering in Rucho v. Common Cause (2019). Those decisions protect the power of the conservative white Christian who would otherwise be subsumed in a demographic tide that would keep them out of office for good."

The separation of church and state has traditionally prevented Christian nationalism from reigning over the laws of the United States. But with far-right, activist judges, like Alito, Supreme Court rulings can begin and end with religion.

"Some will disagree because Alito phrases it as 'morality,' but that’s the point," Seidel continued, "he’s forced to adopt euphemisms for imposing his conservative Christianity on us all."

He went on to recall a key moment when during oral arguments for Dobbs v. Jackson Women’s Health Organization, Justice Sonia Sotomayor said it outright: “How is your interest anything but a religious view?”

The anti-abortion ruling isn't the only one the Supreme Court is looking to as part of their attempts to break down church-state separation.

Seidel cites Carson v. Makin, in which the court will likely say that the government is required to fund religious education. Kennedy v. Bremerton School District will allow a state-funded employee to impose his or her own personal beliefs on students.

"These are not isolated political flashpoints or 'culture wars.' These are all part of the deliberate conservative project to undermine and ultimately kill American public schools," he explained.

Seidel closes by explaining that the fall of the separation of church and state will ultimately kill protections for "equality without exception" and "freedom without favor."

"That separation is America. And if the justices finally tear down the constitutional wall that ensures that separation, they will be tearing down America and erecting on its ashes a Christian nation," he said.