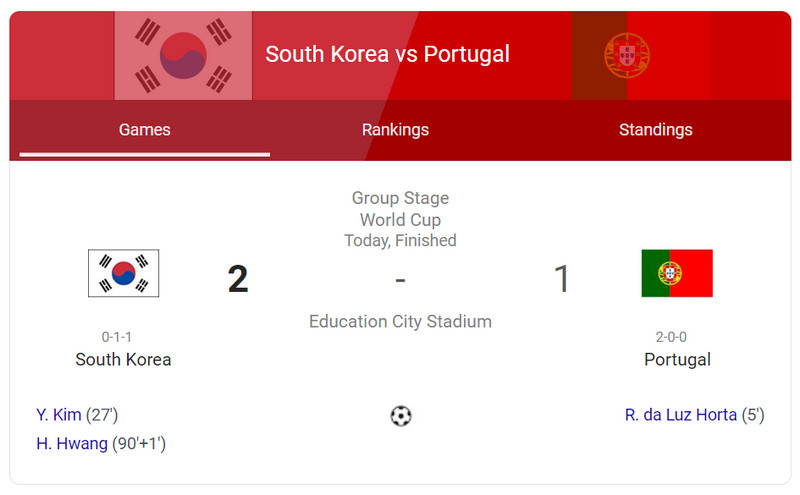 in the most dramatic fashion.

but went through ahead of Uruguay based on goals scored,

as they scored three group stage goals to Uruguay’s two.

by Heung-min Son and slotted home.

a superb equalizer before half time.