Politics More Than Half of Voters: Trump should face Indictment

More than half of voters think Trump should face indictment over Jan. 6:

More than half of U.S. voters say Trump should face criminal charges for his role

released exclusively to The Hill on Monday. 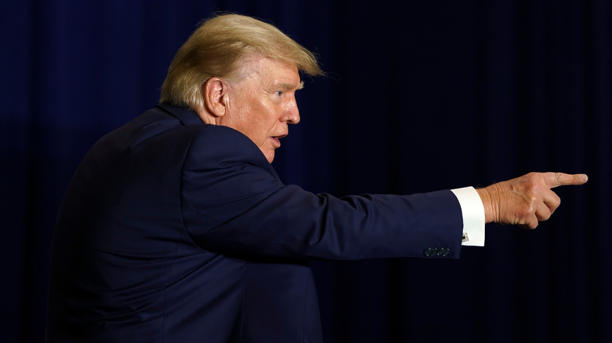 © Provided by The HillMore than half of voters think Trump should face indictment over Jan. 6: poll

probing the Jan. 6 attack, voters are split on how the country should move on from the attempted

insurrection and how much Trump should be held responsible.

a criminal indictment for Jan. 6, but 54 percent of voters also said he should be allowed

to run for president again.

Mark Penn, the co-director of the Harvard CAPS-Harris poll, said the polling indicates

that “indicting Trump over Jan. 6 would be an explosively divisive issue in the country.”

“Despite a majority that would indict him, most questions on January 6th split down the middle

along partisan lines, and it’s not clear they would convict him,” Penn said.

but Trump is seen as bearing a good share of personal responsibility. “

that argued Trump was directly responsible for the attack.

‘Accountability at the highest level’: Latest Jan. 6 news is bad for Trump

Mike Pence and the Justice Department to swing the 2020 election in his favor.

about Pence in the middle of the siege.

But 55 percent of voters said the Jan. 6 hearings were not conducted fairly, according

to the Harvard CAPS-Harris poll.

After the hearings concluded, the Justice Department announced it was probing Trump’s actions

in connection to Jan. 6, an announcement that is proving unpopular for Americans.

Most voters surveyed in the poll, or 61 percent, said the Justice Department investigation

and other related probes were politically motivated.

Ultimately, 69 percent of voters said the nation should move on from the Capitol attack,

according to the Harvard CAPS-Harris poll. And Trump remains one of the most popular

political figures, with 44 percent of voters having a favorable view of him.

Meanwhile, about 37 percent of voters saw President Biden as favorable.

The Harvard CAPS-Harris survey of 1,885 registered voters was conducted June 27-28.

and the Harris Poll.

As a representative online sample, it does not report a probability confidence interval.