A Cappella Group Maytree surprises The Judges with TV theme Songs. It was boardcasted

What is an a cappella in music?
: without instrumental accompaniment The choir sang the chants a cappella.

Vergara was all smiles, dancing around to the catchy theme song in her seat. She said the act was “super creative” and “clever,” while Heidi Klum complimented how they “harmonized beautifully together.” 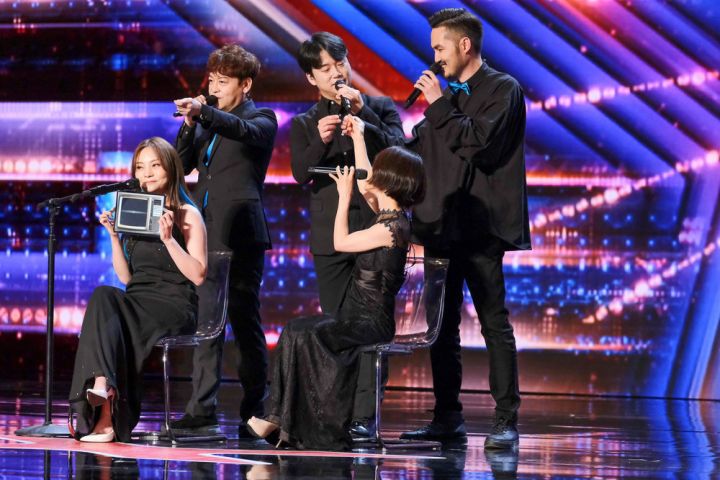 Maytree surprised the audience with some lyrics once they got to “Cheers”, proving that they can also sing in addition to their a cappella sound effects.

The group included a “Modern Family” tribute in their performance, a nod to judge Sofia Vergara who starred in the show. They delivered an a cappella version of the series’ theme song, as well as that of “The Simpsons” and “Cheers”.